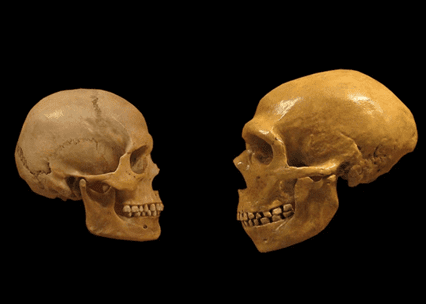 Wisdom Teeth, With Or Without? The Role Of Human Evolution In Missing Wisdom Teeth 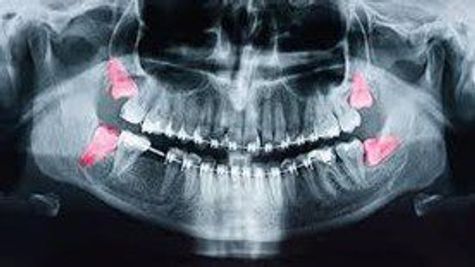 When do your wisdom teeth begin to develop?

The wisdom teeth are the third molars that grow out between the ages of 17 and 25. While most individuals have all 4 wisdom teeth, a few of us develop only one or two wisdom teeth. If you’re really lucky, you might have all 4 missing.

So, why do some people have wisdom teeth and others don’t?

Evolution! A random gene mutation that occurred nearly 400,000 years ago is responsible for missing wisdom teeth. This mutation suppressed wisdom tooth formation in a certain few individuals – a trait that’s seen in many people today. Researchers found out that genes that control brain development ignited a phase of evolution thousands of years ago. During this stage of evolution, the human brain grew in size, causing a lack of space in the jawline. Genes that control tooth development, however, didn’t evolve to accommodate brain development, which in turn led to impacted third molars and the eruption of the wisdom teeth through the gums. Prior to this phase of evolution, fossils indicate that the first few generations who lived on earth had molars that were much larger in size. Did you know that our ancestor’s jaws were large enough to fit 32 teeth, not just 28?

As we continue to evolve, studies indicate that future generations will have no wisdom teeth at all. Studies have also found that children between the ages of 2-6 that have been administered with a local anesthesia for dental work have an increased chance of not developing wisdom teeth later on. So perhaps in the future, anesthetic injections can prevent the need for wisdom teeth extraction surgeries.

There are several problems that can arise if your wisdom teeth don’t grow out in proper alignment with the other teeth in your mouth. This can include:

So, when is wisdom teeth removal necessary? In a large proportion of cases, wisdom teeth may not cause any pain but can be impacted. If your wisdom teeth become infected then it can cause future problems and as a result you may require wisdom tooth extraction surgery. Not all doctors perform this surgery because it needs to be carried out by those who have plenty of experience in wisdom tooth extraction. If the position of your wisdom tooth is very close to the nerve, a general dentist may refer you to an oral surgeon who can evaluate your case and decide what the best treatment is for you. X-rays will help the surgeon understand the severity of the issue. If the wisdom tooth is properly aligned and gives you good bite, the surgery may not be necessary.

Are You Or A Family Member Suffering From Wisdom Teeth Pain? Drop In Or Book A Consultation With Shire Doctors And Dentists.

Our experienced dentists in the Sutherland Shire will do their best to make your visit as pain-free as possible. Call us now on 02 9063 8650 to book an appointment today.

As Medicare payments have not been increased over the previous 6 years, our practice will be transitioning to private billing from 24th of January. It is the only way we can keep our high standard of care.

You can ask our friendly reception staff if further clarification is needed.